Today, we’re going to be comparing the Salt Cup vs Flex Cup. So if you’re wondering what the difference was, then stay tuned. However, I had not tried the Flex Cup before. I have just tried it within the past few days. I wanted to give my thoughts and compare it to the Salt Cup.

I have the regular Saalt Cup smaller size. I believe they call it slim fit.

I do have the bigger one in my bathroom, but I can’t use that one. It’s too big for me.

So the only problem that I have with it is the sizing; they’re not, like, too big around. They’re just too tall.

So this rim on the bigger one is too tall, and It kind of pushes up on my cervix, and that is not comfortable.

I have definitely suggested starting out with the smaller one because I feel like the small one would probably work for everyone. 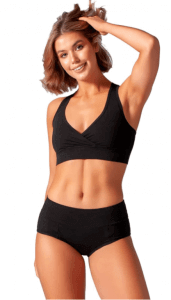 GET PERIOD PANTS FOR BEST RESULTS

Does the cup fill up?

Like I said in my previous review, you are not going to fill this thing up.

I leave it in for sometimes longer than you’re supposed to.

You’re supposed to impede every 12 hours, and I’ve never, ever, ever had it full.

But if you’re worried about it spilling over, the worst case is that it would leak a little bit.

So if you’re worried about that, maybe wear a panty liner or some period underwear underneath.

I usually wear underwear that I don’t really care if it gets stained. 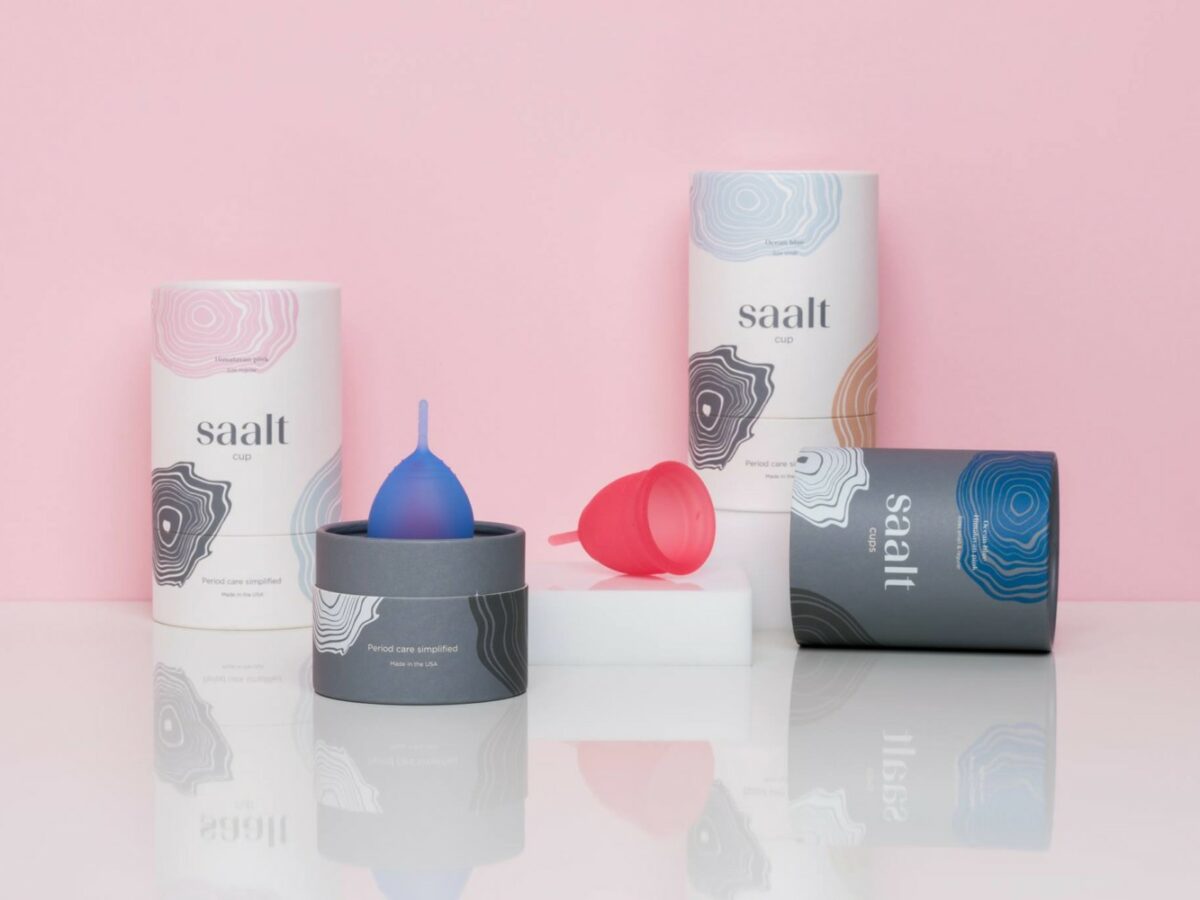 Over of the Saalt cup

The saalt cup is similar to most other cups on the market besides the Flex, which has a little of a different design, which we’ll talk about in a minute.

But the saalt is like the Diva Cup, Nixit cup, and the June cup. All have this little stem underneath, so you can easily find it when you insert it.

And you’ll never, ever remove it from your vagina by pulling on the stem.

That’s where the Flex Cup comes in.

So the stem on the saalt cup is for you to kind of pull it down a little bit within reach. You will not be able to remove it by just pulling straight down. How to insert the Saalt cup

You can fold it in many different ways and insert it. I use the C-fold method. You have to mess with it a little bit to get it to pop back open in your vagina.

And then you want to reach up and grab the bottom of it and twist. The saalt cup can be a little more difficult for some people to remove.

I think this is much easier to insert than the Flex Cup, so we’ll talk about that also in a minute.

GET PERIOD PANTS FOR BEST RESULTS

So now onto the Flex Cup Review

So this one pretty much looks almost the same as saalt

The Flex Cup has a little ring down the stem where you can hold and pull it out. It has a little string inside that helps break the suction.

So, when you pull on the string, it folds inside the cup wall and breaks the suction.

However, It doesn’t eliminate the need of having to grab onto this and pull it out. But it’s definitely much, much easier to remove than the Salt Cup.

Comparing the Saalt and Flex Cup

With this salt Cup, you have to reach out, pinch it and break the suction.

The flex cup is a little bit thicker than the saalt cup. So it’s harder to get it to fold up.

The flex cup doesn’t open up easily like the Salt Cup. It took a lot of work to get it fully open up.

Why i tested the Flex cup?

So I wanted to test out the Flex cut because I thought it might be more suitable for someone with a disability or someone who couldn’t easily reach in and do all that stuff in their vagina.

But it took a lot longer and was frustrating for me, who is pretty experienced with a period.

And another thing with the flex cup is the stem sticking down. This was my concern with it.

The flex cup is more difficult to insert, and having it stick out makes it uncomfortable if you turned it in the wrong way.

That’s the problem I had with Diva Cup, and that was like harder material, and it was not comfortable at all.

So I gave up on that one and got the Saalt cup.

Let’s talk about the pricing for a second.

I got it on a Facebook ad saying that it was on sale, so I paid like $19 for it, and they’re both available online on their own websites and also from Target.

But I think even $30 for a menstrual cup, especially if you’re going to use it regularly, is definitely worth the investment, because you think about if you buy a pack of pads or tampons is $10 a month, you’ve made your money back in four or five months.

So, I think it’s worth it; you don’t have to go through so many disposables.

I’ve used the cup for over a year now, and I’ve only bought one, maybe two packs of pads just to have in case I’m out.

So final thoughts on these I personally prefer the Salt Cup over the Flex Cup.

The flex cup is just too uncomfortable.

If it was a little bit less thick, i would have preferred it because you can easily pull it down from your vagina with the ring stem.

I would suggest trying the saalt, but you have to be comfortable using your finger to position it.

So if you’re shopping for your teenage child who is going through a period, you let them know that, because that’s not up to you to decide if they’re comfortable with that, it’s up to them so that I would keep that in mind.

I think I won’t use the Flex Cup, but I think it has a steeper learning curve than the Salt Cup.

I’d be happy to answer questions. We will be happy to hear your thoughts

The Top 10 Beauty Devices That Are Actually Worth Your Money

10 Best of Messika’s Jewelry, Bracelets – Is the price worth it?

Pixie Menstrual Cup Review – is it better than pad?

Diva Cup vs lunette Comparison – which is the best?

The $6 June Cup Review – My Experience

RUBYCUP Review – Does it works?

Flex disc Reviews – Does it work for ladies?

Please note, Every step and every decision you make as a result of using the application or site is at your own risk and responsibility. We are a participant in some affiliate programs, for example, the Amazon Services LLC Associates Program, an affiliate advertising program designed to provide a means for us to earn fees by linking to Amazon and affiliated sites. You will not be charged extra by purchasing through these links.